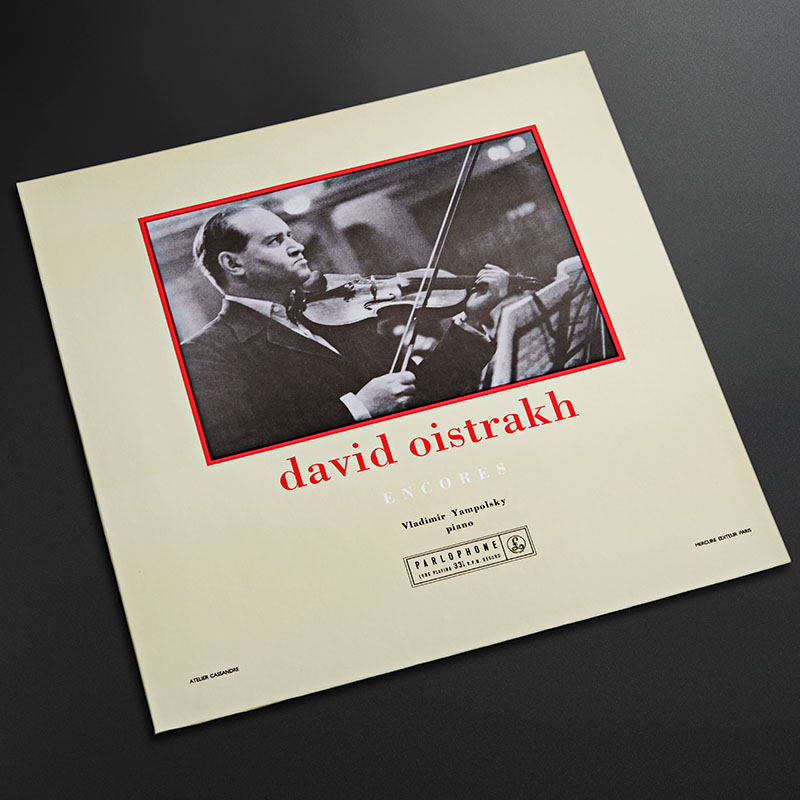 David Oistrakh was born in the Ukrainian city of Odessa in 1908 (then part of the Russian Empire). He began studying the violin and viola at the tender age of five and performed his debut concert when he was just six years old.

Becoming a legend in his own lifetime and famously performing for soldiers on the frontline of Nazi occupied Soviet Union during WWII, even while under fire; Oistrakh's experiences no doubt contributed to the extraordinary depth of haunting brilliance in his work.

These "Encores" are a vibrant collection of classics and crowd pleasers full of spine-tingling grandeur guaranteed to enrapture.

Stereo LP - Catalogue Number. ERC070
Only 300 copies of each will be sold. ERC will not undertake a repress of any release at any future point. 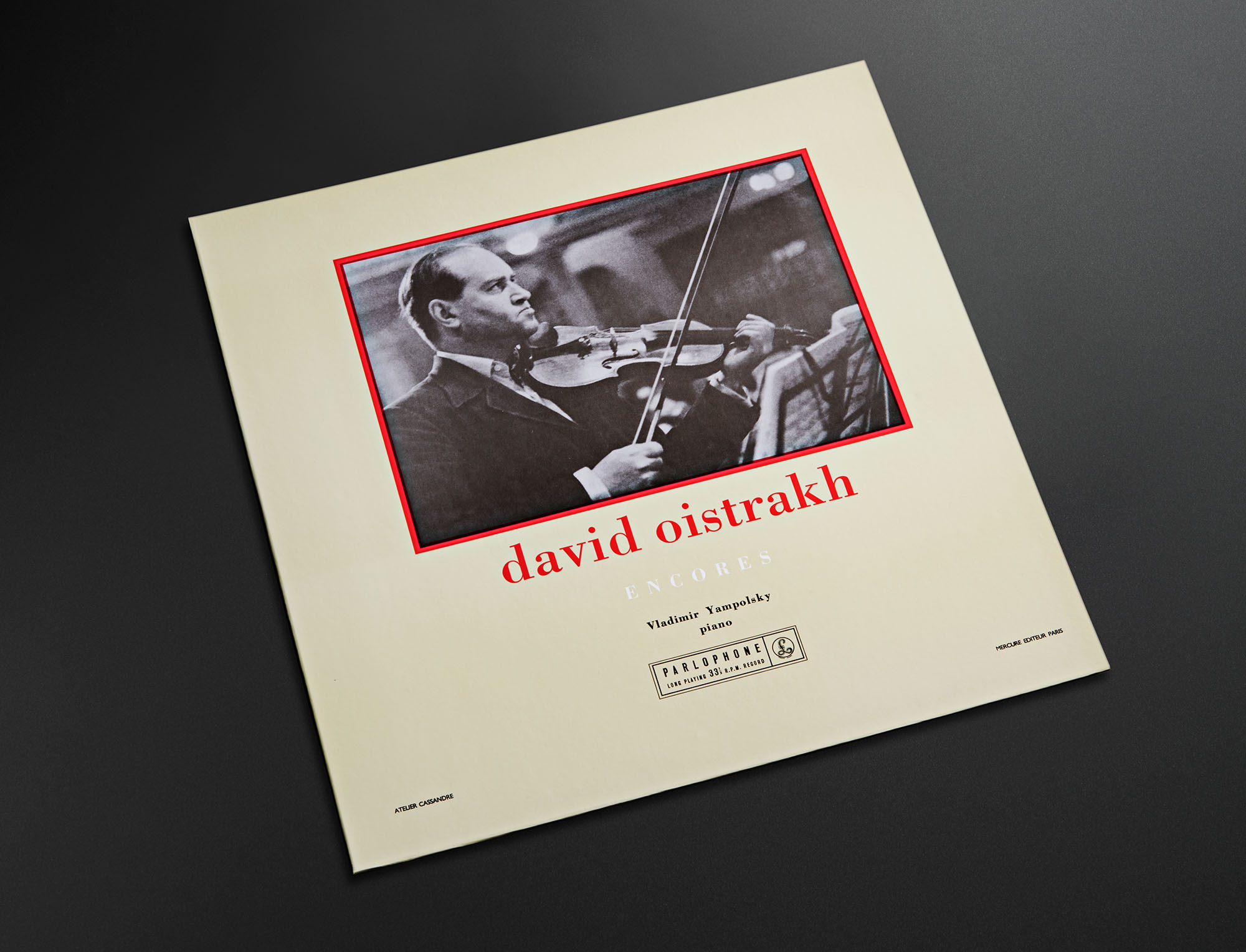 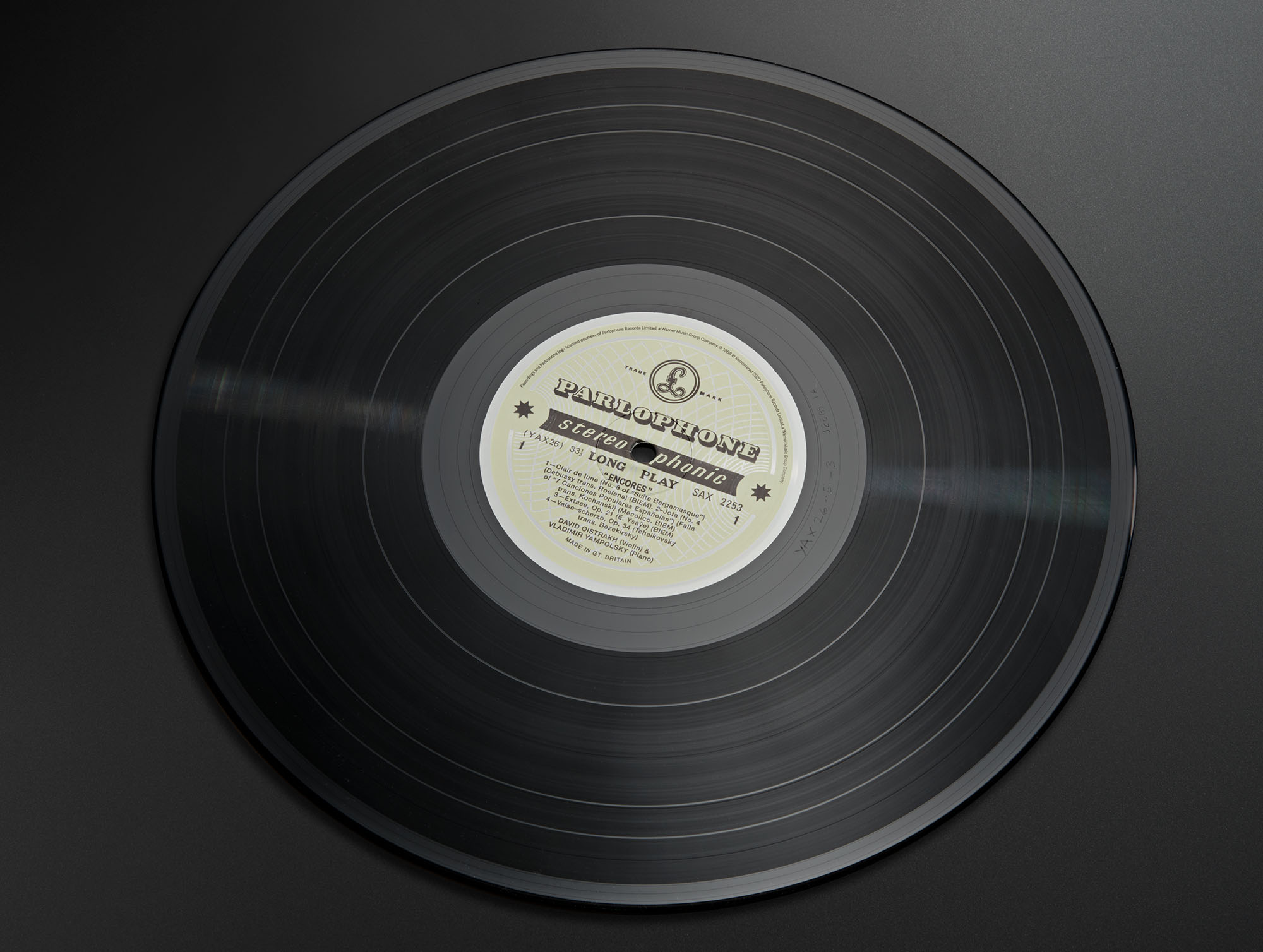 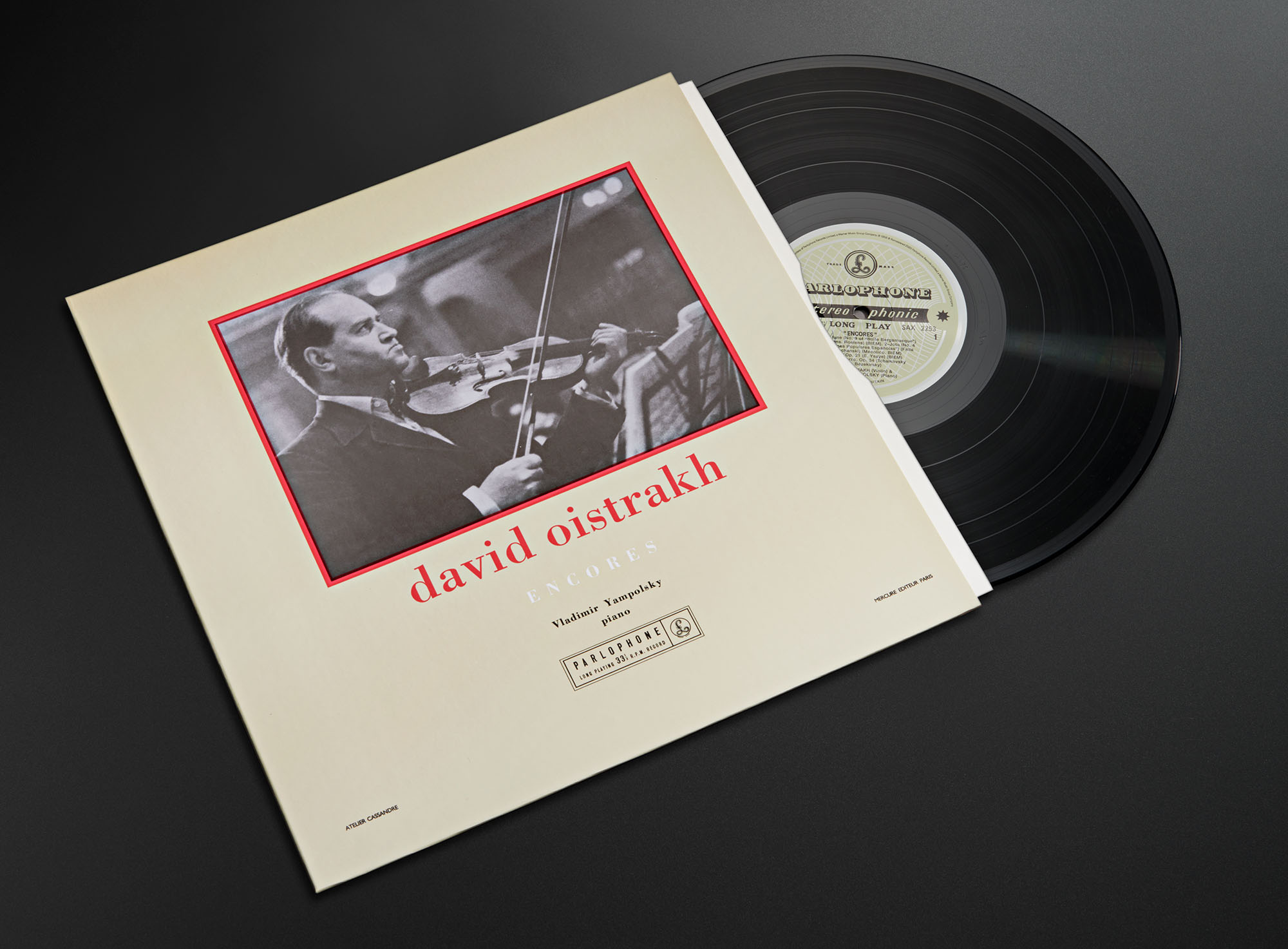 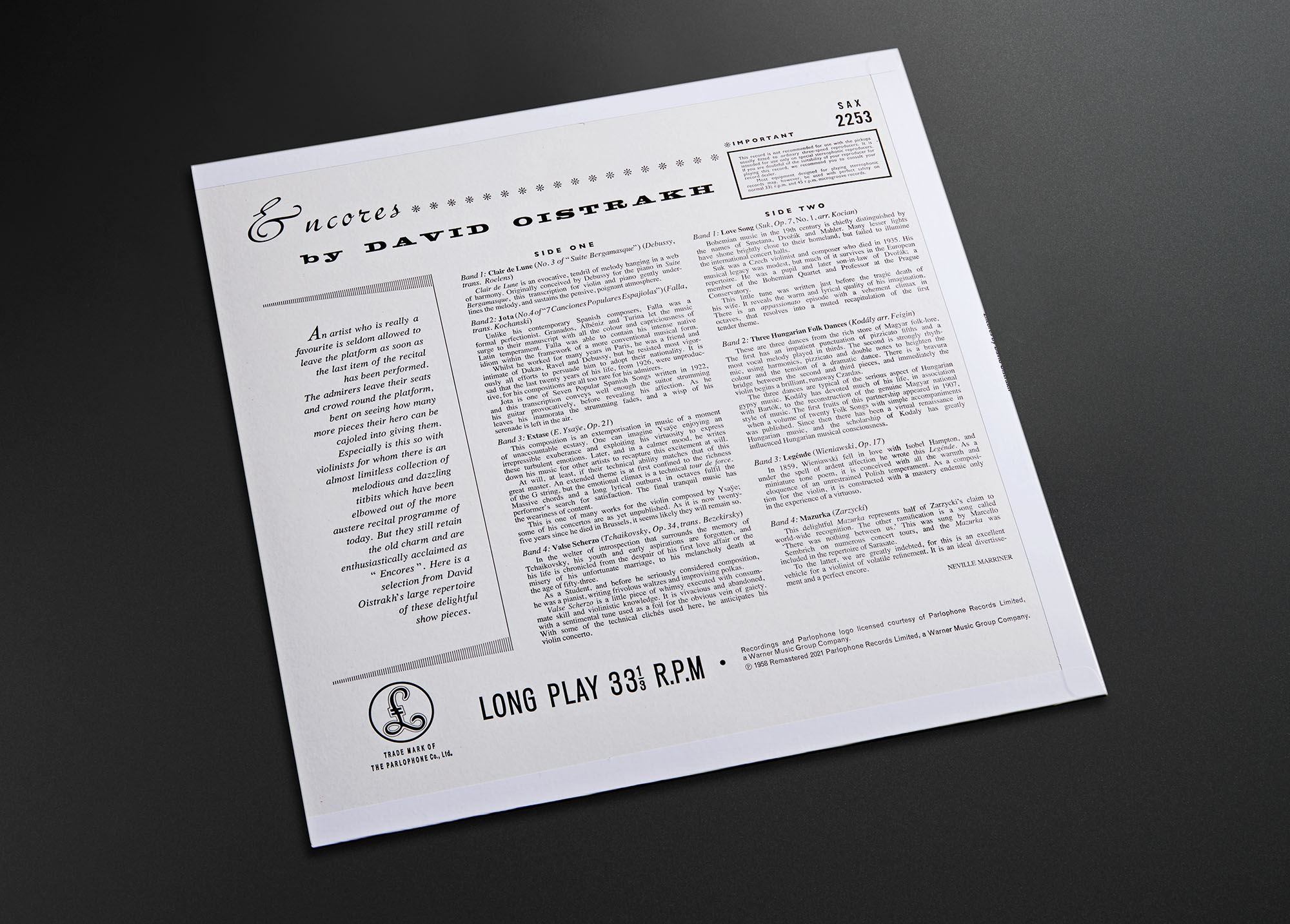 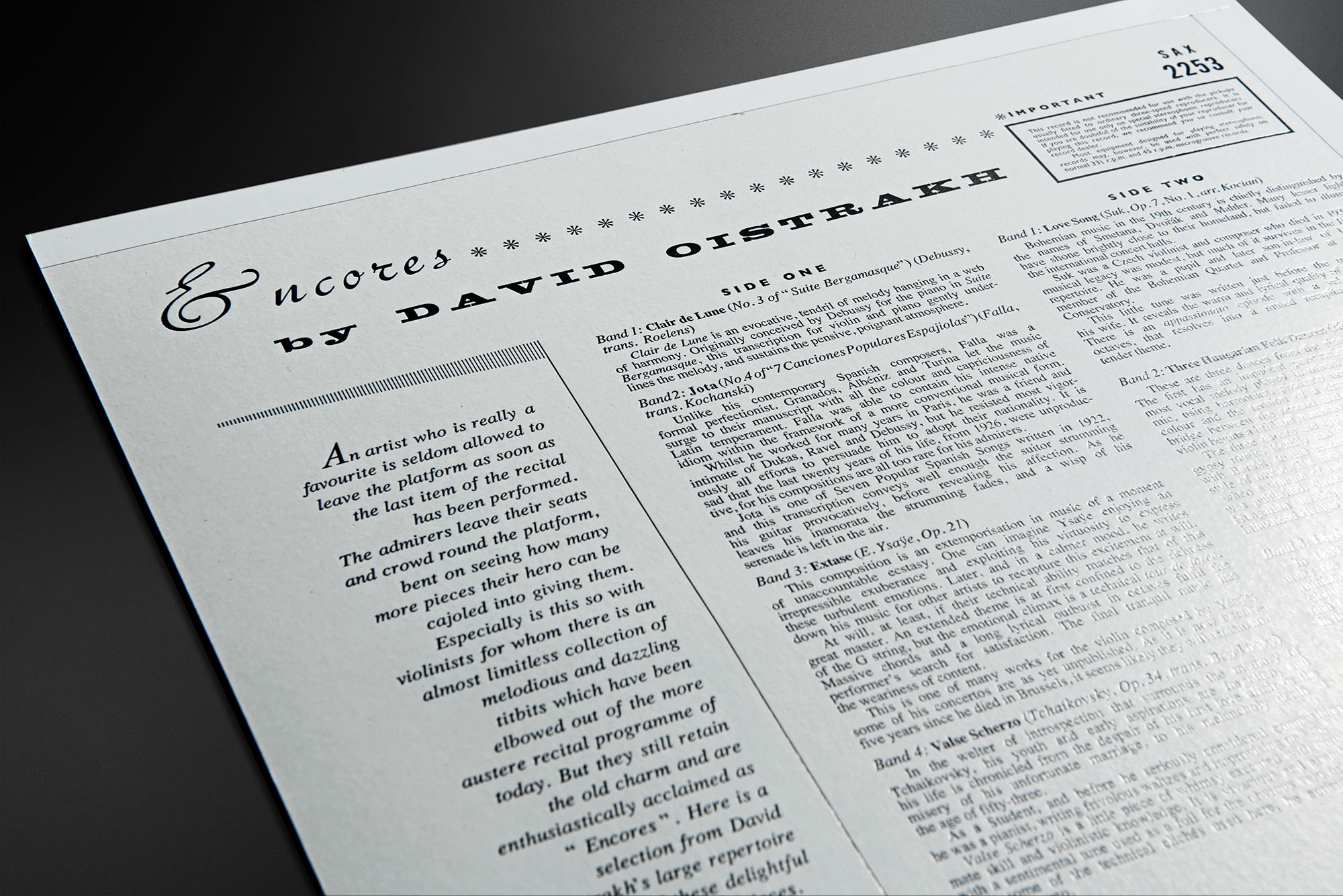 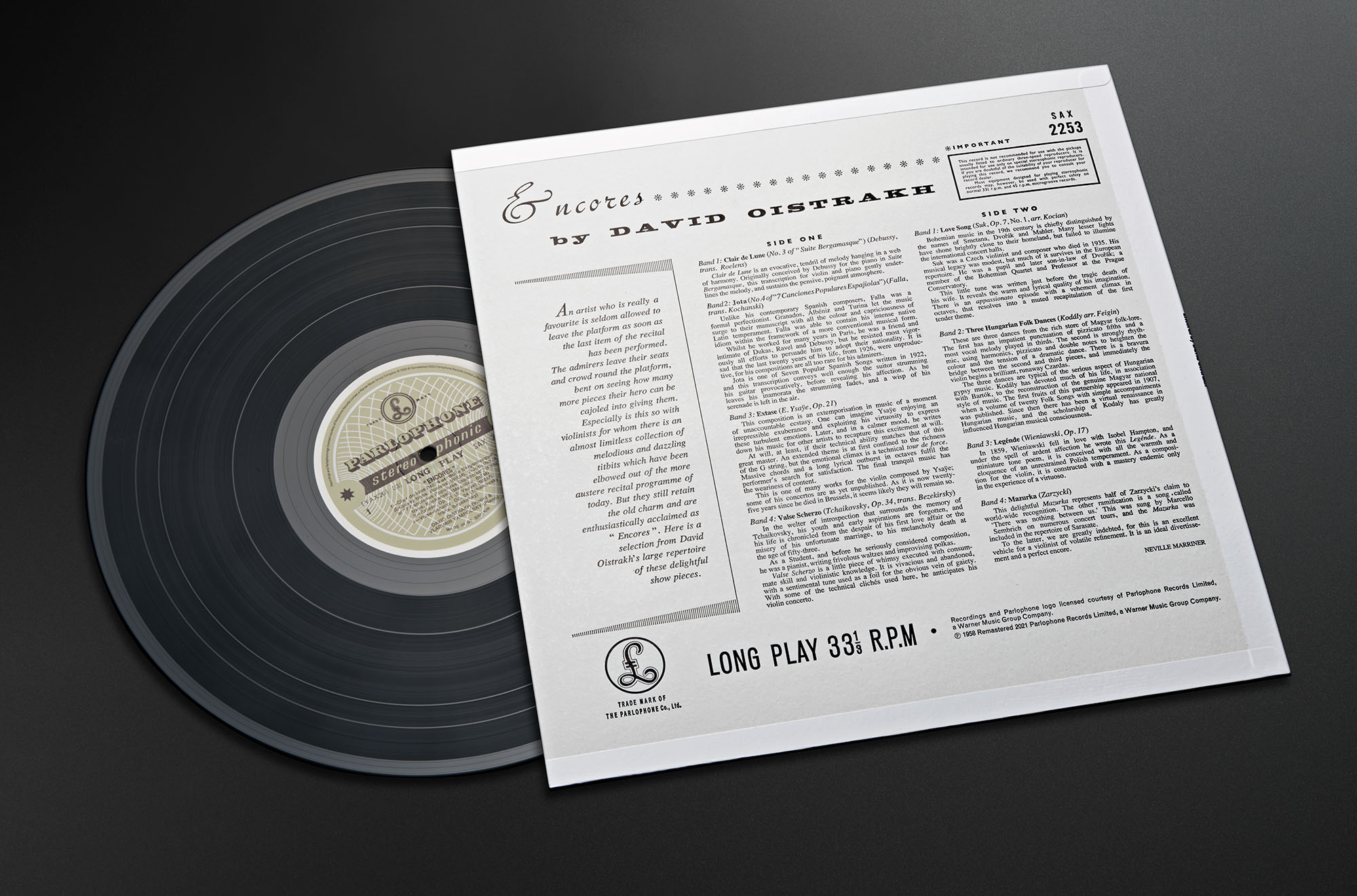