Oistrakh’s balance of technicality and romanticism in his delivery is played to perfection. Cluytens, being one of the greatest Beethoven interpreters conducts the perfect backdrop with the Orchestre National De La Radiodiffusion Française; solid and dignified rather than flashy, allowing space for Oistrakh violin to ascend majestically.

Stereo LP - Catalogue Number. ERC068
Only 300 copies of each will be sold. ERC will not undertake a repress of any release at any future point. 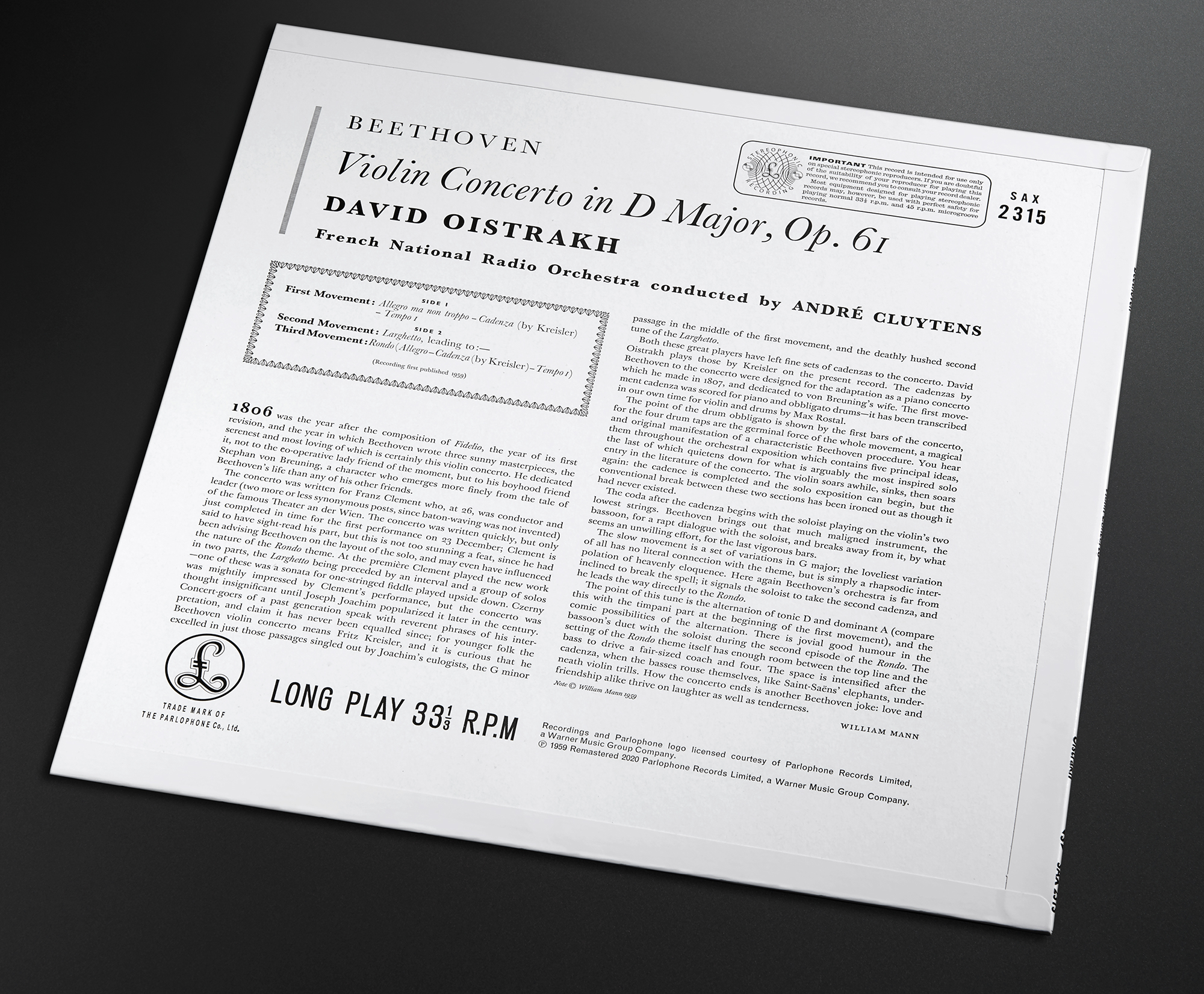 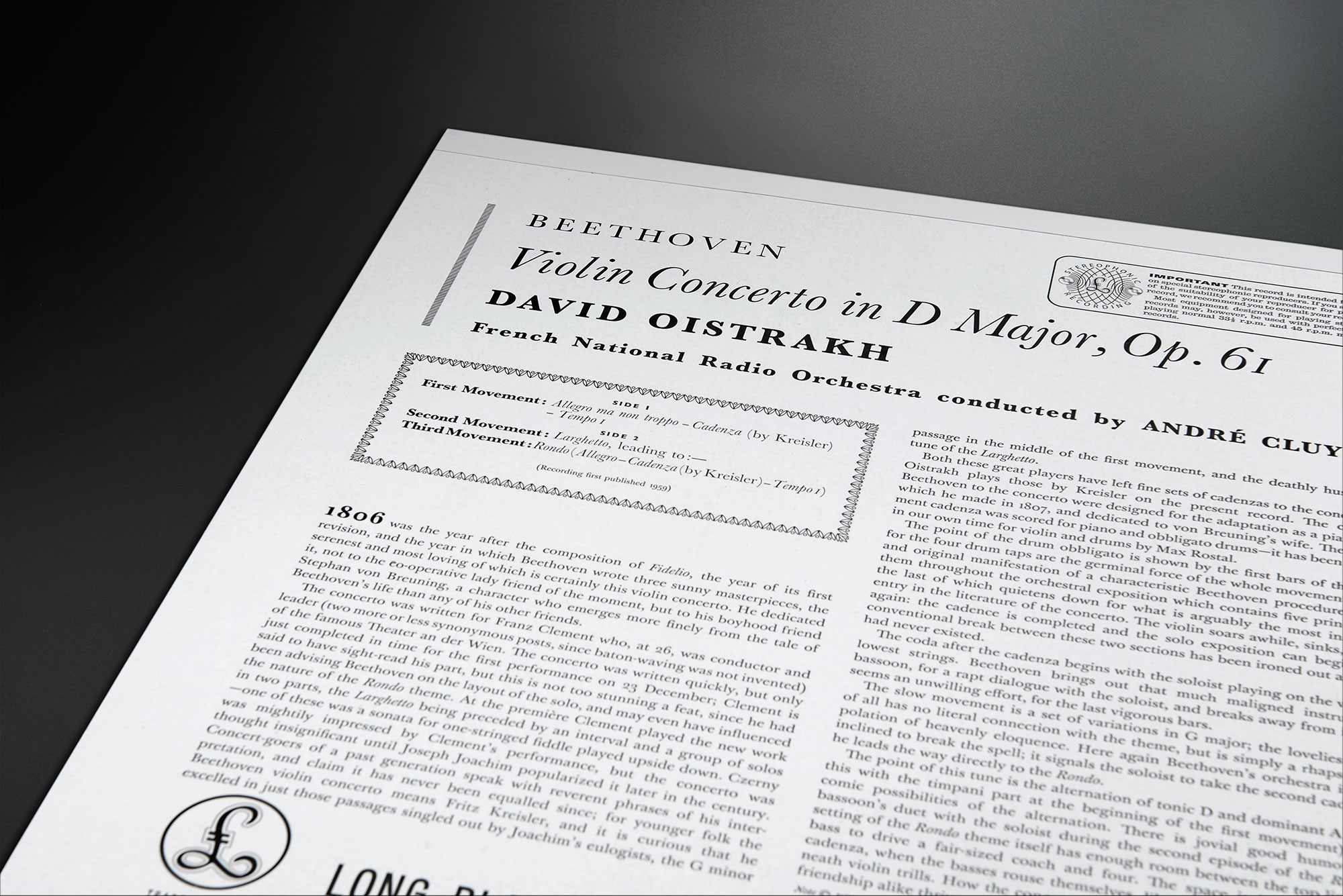 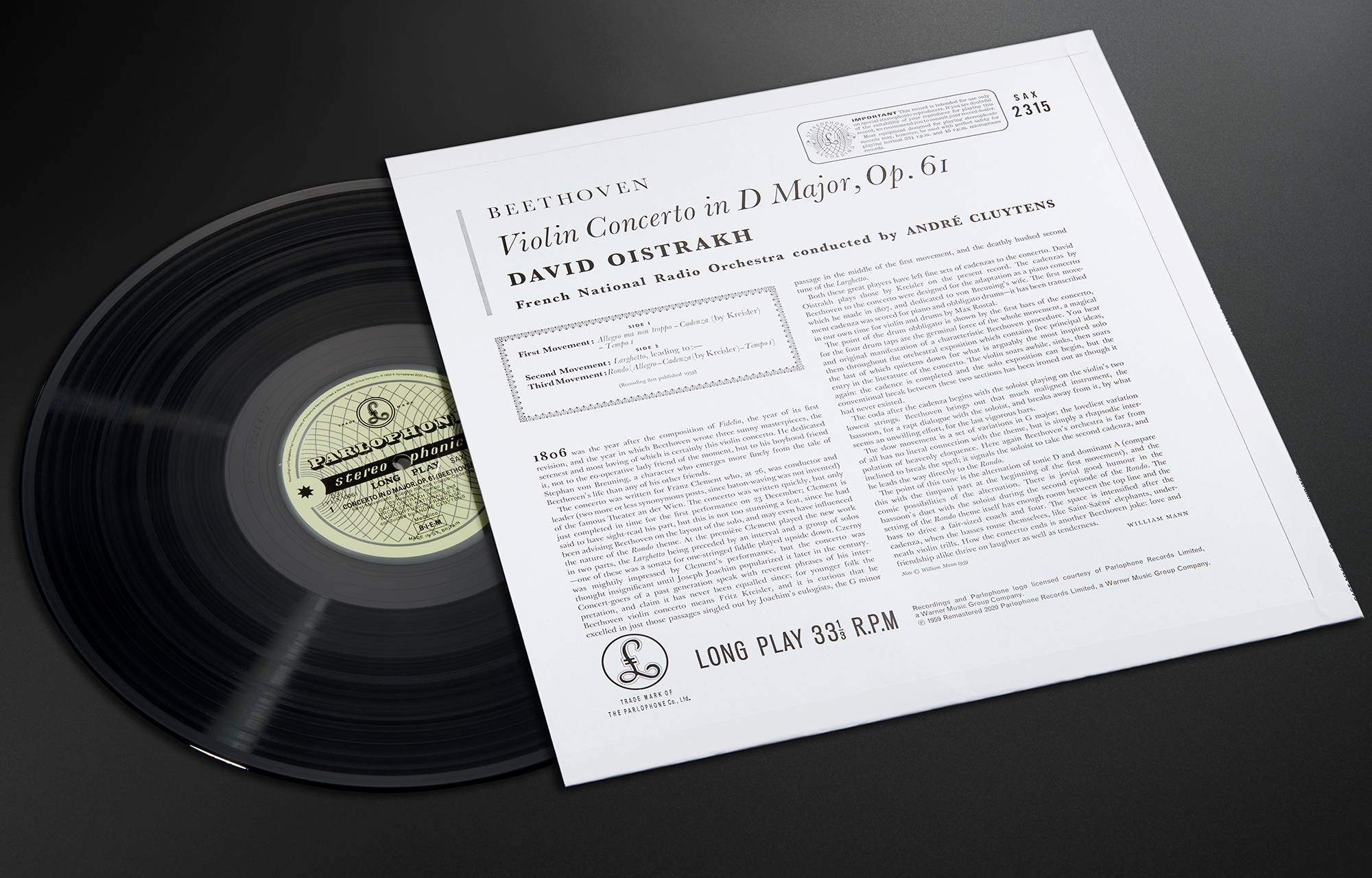