On this disc originally released by Les Discophiles Français (525.122) in 1960 Michèle Auclair is partnered by Jacqueline Bonneau (1917-2007). Their musical collaborations began in 1956. Bonneau had studied with Lazare Levy and, whilst at the Paris Conservatoire, had been a contemporary of Paul Tortelier and Henri Dutilleux in the harmony class. Her concert career was launched in 1945, the same year that she formed a two-piano partnership with Geneviève Joy (1919-2009), who incidentally married Dutilleux in 1946. The other pianist featured on this release is Marie-Thérèse Fourneau (1927-2000). She also studied at the Paris Conservatoire with Marguerite Long, Joseph Calvet and Jean Doyen, graduating with the Premier Prix de Piano in 1942. She won first prize in Geneva in 1946. Sadly, her career was cut short by multiple sclerosis.

Debussy’s violin sonata is the manifestation of his experiences from the later, darker years of his life.  Originally proposed as part of his grand plan for a group of six sonatas for various instruments, he managed to complete just three of them before his death on 1918 from colorectal cancer.  It is quite remarkable that during such a dark period for Debussy this third and final sonata radiates themes of free flowing promise and light that predominate over the darker phrases contained within.  Even in his last days Debussy affords us his genius, a personal document, free in form and incredibly expressive, improvised yet controlled.

Ravel’s violin sonata, in contrast takes its inspiration from other sources.  Between 1923 and 1927 Ravel was exposed to the sounds of American jazz and blues through a trip to America, the influence of which can be felt throughout the expressive phrases of this unique work.  The sonata was premiered in 1927 at the Salle Érard, with the legendary George Enescu playing the violin and Ravel himself at the piano.  A sonata of highly contrasting movements, both linear and precise yet with the spirit of the blues running through its veins.

Original copies of this important recording are incredibly rare and as with many original pressings on Les Discophiles Français label are almost impossible to find in a condition where playback can be enjoyed to the full. This release is cut in true valve mono and limited to 99 copies. 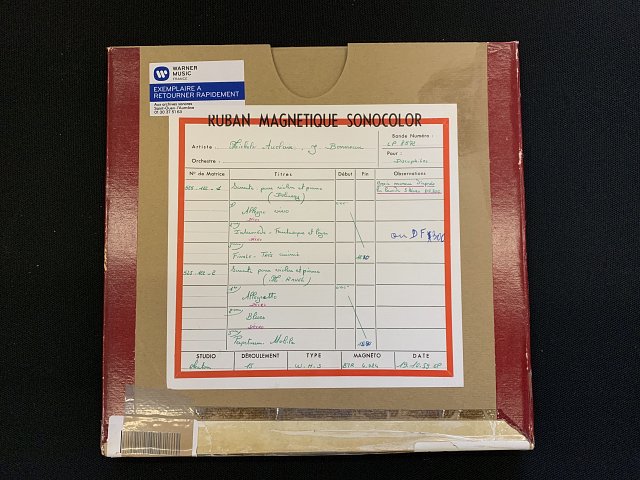 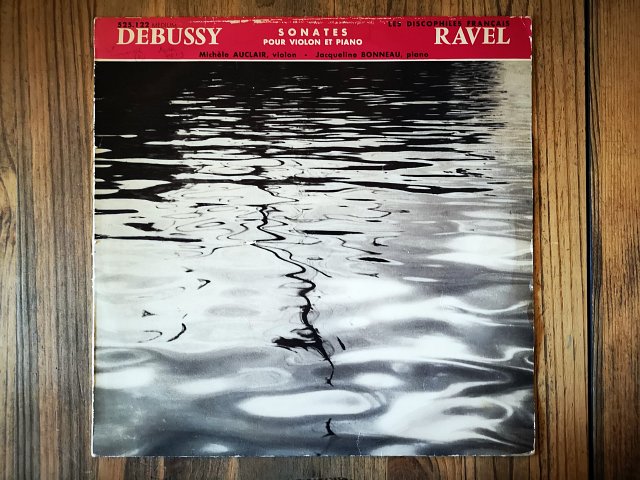 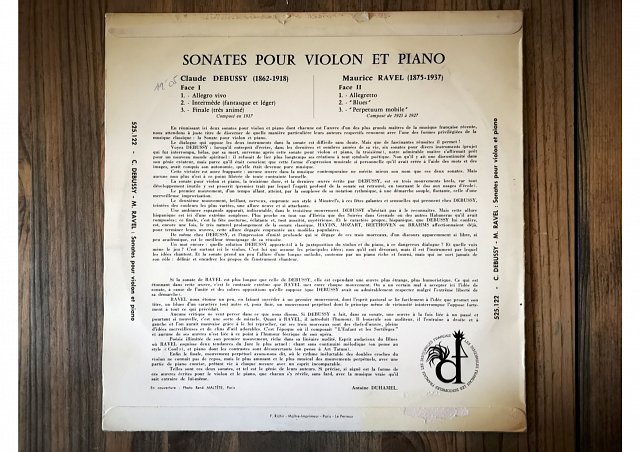 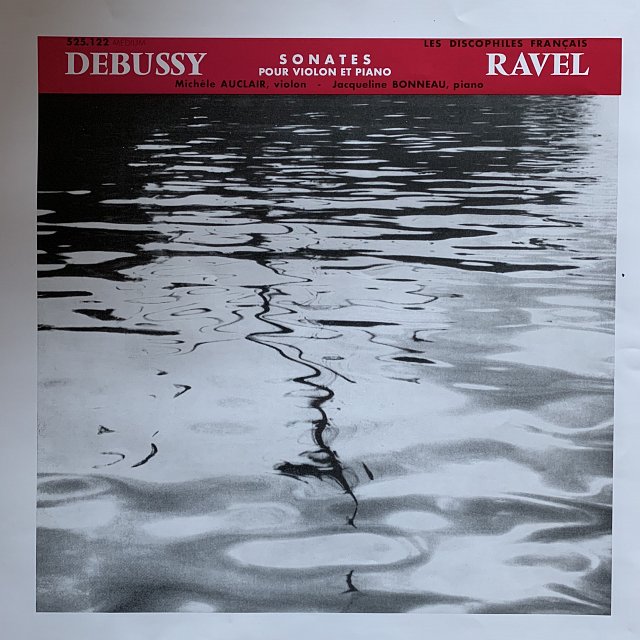 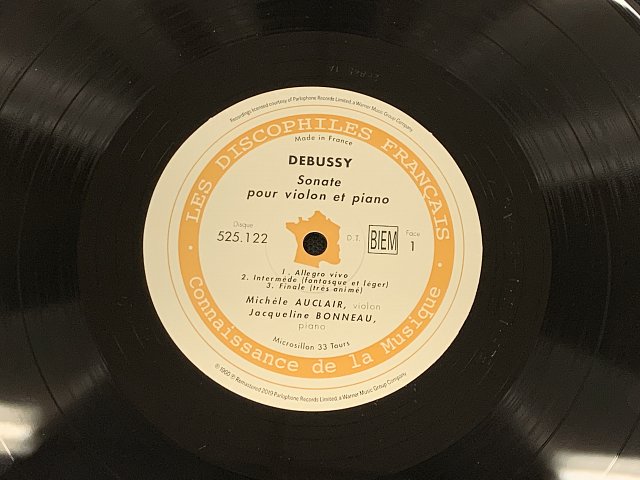