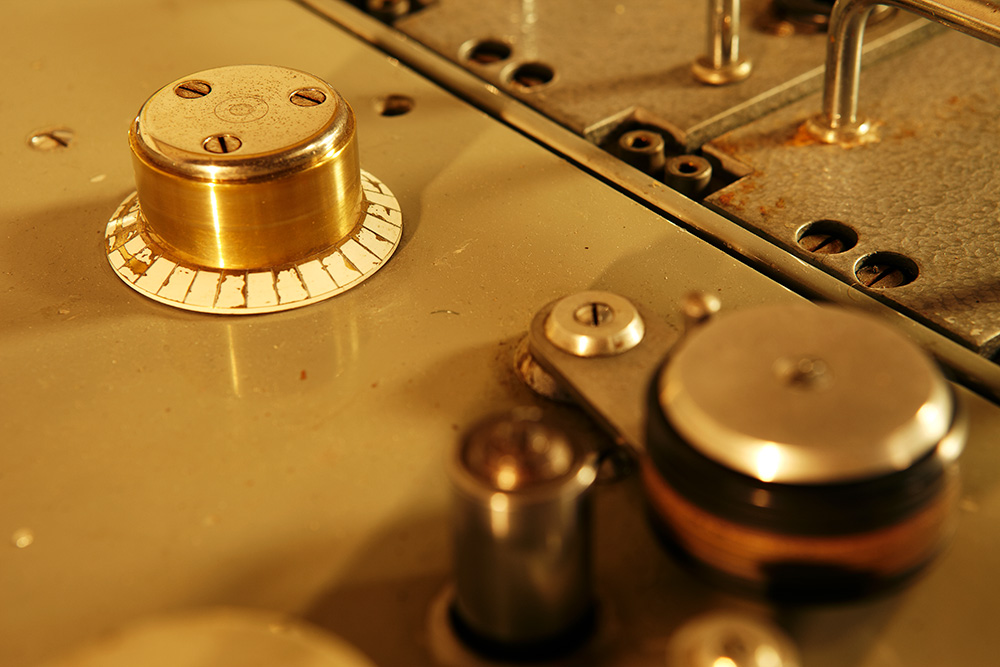 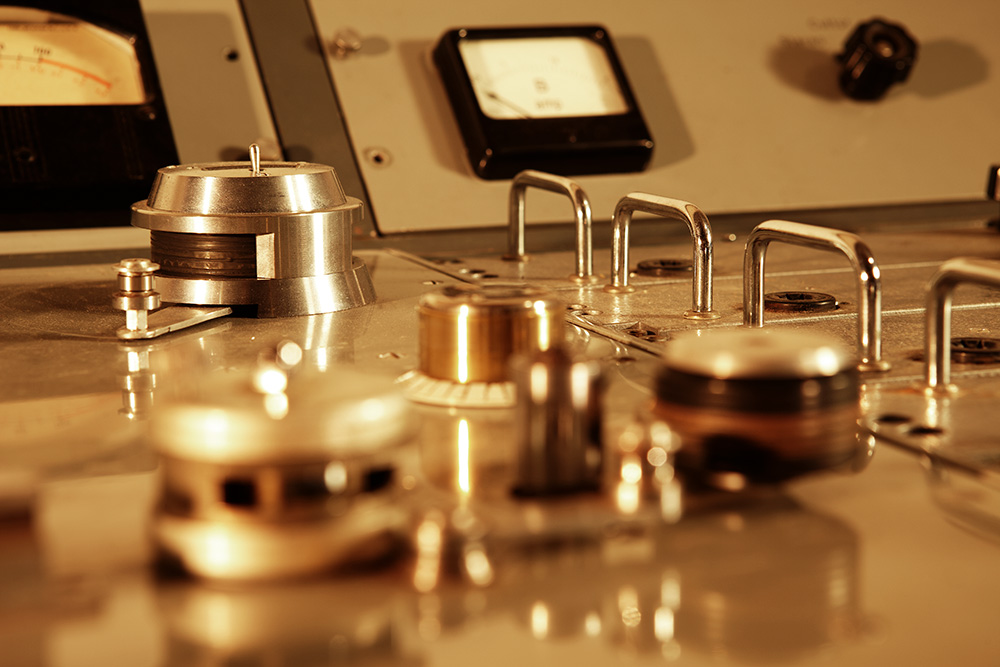 ‘Records’ have been cherished objects of veneration almost since Thomas Edison announced the invention of the first phonograph, back in 1877. Since then, whether wax cylinder, shellac 78 or vinyl disc, rationales for revering and collecting records have been innumerable, pervasive and often idiosyncratic: motivated by anything from pure aesthetics and musicological study to an obsessional, sometimes fetishistic, desire to own the rare and the recondite. For many genuine audiophiles, however – especially those devoted to the classical canon as reproduced on the music connoisseur’s enduring format of choice, vinyl – its is the perfect marriage of timeless, tour de force studio performance and premium analogue recording and mastering processes which will forever define phonographic allure.

That being the case, the 1950s, ’60s and early 70’s – represents a veritable record collector’s Xanadu; an unequalled cornucopia of hungrily sought-after musical treasures, celebrated by critics and collectors alike for both its gilded artistic repertoire and as a high-water mark in faithful, sensitive analogue audio reproduction. It is a mother lode whose treasures have not been easy to access of late, however; indeed, much of the most sought after vinyl catalogue has languished out of print for several decades. Thus, mint original copies of vinyl albums from the era’s glittering trove have taken on almost mystic, Holy Grail proportions in recent years – and when they do come to light they are known to exchange hands among collectors for jaw-dropping sums.

All of which underscores what a major coup the Electric Recording Co. have pulled off in licensing key catalogue titles, almost exclusively from the aforementioned ‘golden age’, in order to reissue them on audiophile quality vinyl. Re-mastered using sympathetic, all vintage valve equipment and presented in faithfully reproduced, hand-crafted letter pressed sleeves, this is a re-release programme on a lavish scale, hallmarked by unprecedented attention to detail – one which is surely destined to exhilarate classical recording devotees around the globe.

The reissues, all fully sanctioned by the original copyright owners, are to be divided evenly between mono and stereo recordings (as was the original catalogue) and unleashed in strictly limited, individually-numbered editions of between 99 and 300 at regular intervals . 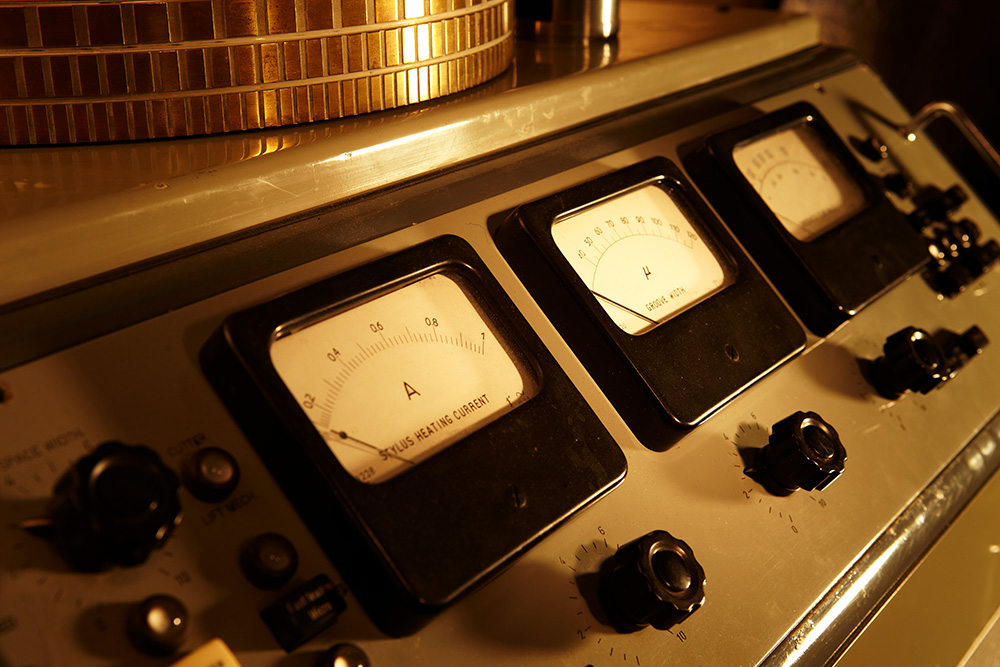 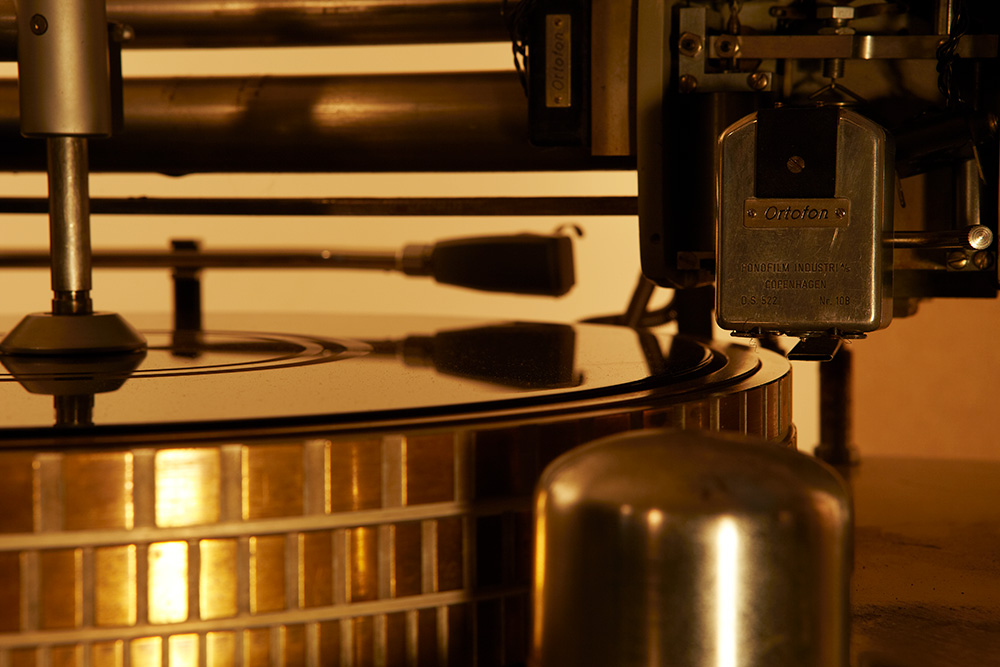 The Electric Recording Company is an offshoot of Electric Mastering, London’s premier analogue record-mastering suite and a redoubtable repository of perfectly restored and lovingly maintained vintage valve machinery from the 1950s, ’60s and ’70s. Indeed, in the world of 21st century mastering, Electric is a wonderful anomaly, the only such working facility anywhere which uses (strictly in the manner first prescribed by disciplined sound engineers over half-a-century ago) the equipment which leant sonic luminosity and untrammelled fidelity to any number of the classic albums which are still widely admired by audiophiles today. Thus, Electric is uniquely equipped, both technically and in terms of its engineers’ expertise, to breathe new life into these highly-prized recordings, making them sing again with a rich, precise, fully-nuanced lucidity that is at least the match of the original pressings (if you can find an affordable, unscratched copy with which to make the comparison, that is).

Why go to these extraordinary lengths to reproduce a five-decade-old (and more) catalogue in such fastidious, retro-technical detail? The aforementioned audiophile discernment is the short answer; for while some selections from these historic label trove’s are sporadically repressed for the contemporary market , the valve (or ‘tube’)-powered mastering machinery of the preceding decades had by then been superseded by strictly transistor-based cutting systems, producing albums that for many connoisseurs lacked the sonic charm, warmth and nuance of their valve-kissed predecessors. Indeed, such remastered works were eschewed by aficionados all too aware that these classic albums, recorded in the middle of the 20th century when analogue sound recording was in its technological pomp, had been captured using the finest valve machinery and that such recordings naturally lent themselves to the warm, dynamic embraces of precision valve circuitry and mastering lathes.

To achieve their scrupulous sonic ends, Electric’s engineers have worked directly from the precious original studio master tapes, maintaining a purist, simpatico approach at every stage. With all sound signals passing through tube circuitry and eschewing any transistor or digital processes in order to preserve the vital, all-valve system approach used to create the original albums in the first place (the transistor and digital alternatives found in most modern mastering suites dovetail with later mechanical approaches to record production, of course), this has been a considerable technical undertaking and a genuine labour of phonographic love.

In the age of digital re-mastering, when master tapes of wildly differing provenance can be instantly homogenised with a swift software abracadabra, it may seem curious to some that Electric’s engineers have chosen to ignore such technology, or any after-the-event equalization processing at all, come to that, preferring to preserve the authenticity, even idiosyncrasy, of the original masters – the products of several studios and more than one country – and remaining loyal to the production values on the tapes rather than to the signature of a contemporary mastering engineer. Really, they had no choice; given the sine qua non of this project; to do otherwise would be akin to cleaning a precious oil painting with turpentine. To ensure this unsullied fidelity, copies of the original records were used as reference during each mastering session, with the guiding rubric being that whatever is on the tape should be transferred faithfully to vinyl: a consideration of purity in terms of recording heritage as much as notional, subjective audio ‘perfection’.

For mono masters, the engineers have deployed vintage Danish Lyrec valve reel-to-reel tape recorders and Ortofon valve cutting lathes – machines actually designed to work synergistically by the same exacting manufacturers (Ortofon’s renowned Dr. Schlegel was the pioneer of the moving coil cutterhead – a major advancement in mastering technology that dates from the close of the Second World War – and the company remains the industry leader in valve record-cutting technology after more than 60 years spent manufacturing the specialist mastering engineer’s lathe of choice). Stereo masters also use vintage Neumann and Lyrec valve lathes in tandem with another technological rarity, the hefty EMI BTR2 reel-to-reel valve tape recorder, a wonderful, robust machine so revered in mastering circles that even EMI’s deadly rivals, Decca, once swore by it, as did the BBC, IBC and others, including, naturally, EMI’s own Abbey Road facility.

To underscore the integrity and authenticity of Electric’s approach to these reissues, the mastered discs will even be pressed, at sturdy audiophile weight. Similarly, the opulent, hand-crafted jacket artwork, which replicates the original imagery, credits and sagacious liner notes, eschews modern reproduction techniques in favour of a painstakingly retyped brass letterpress print procedure carried out by a specialist firm of artisan printmakers.

At last, collectors, connoisseurs and audiophiles alike can enjoy these enduringly desirable, yet for so long elusive recordings as they were originally intended to be heard, seen and savoured; and without having to re-mortgage their houses to enjoy the privilege. 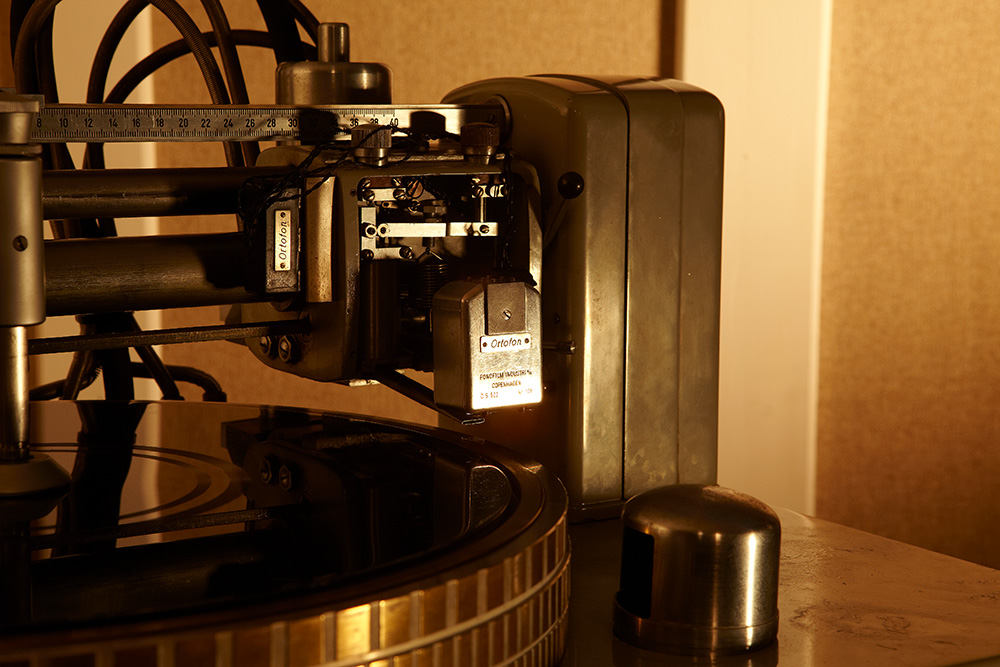 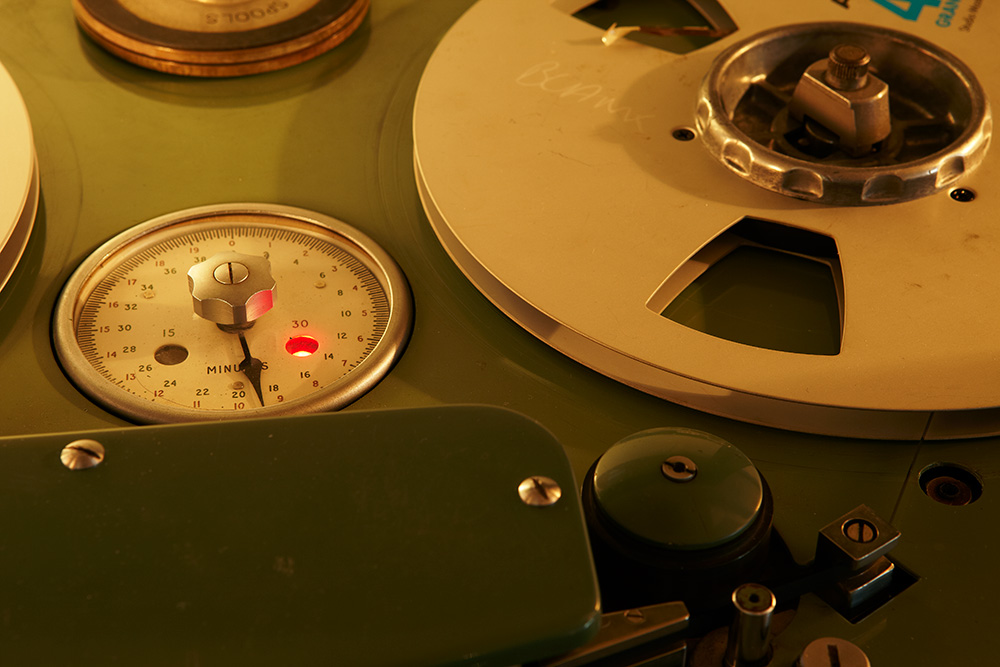 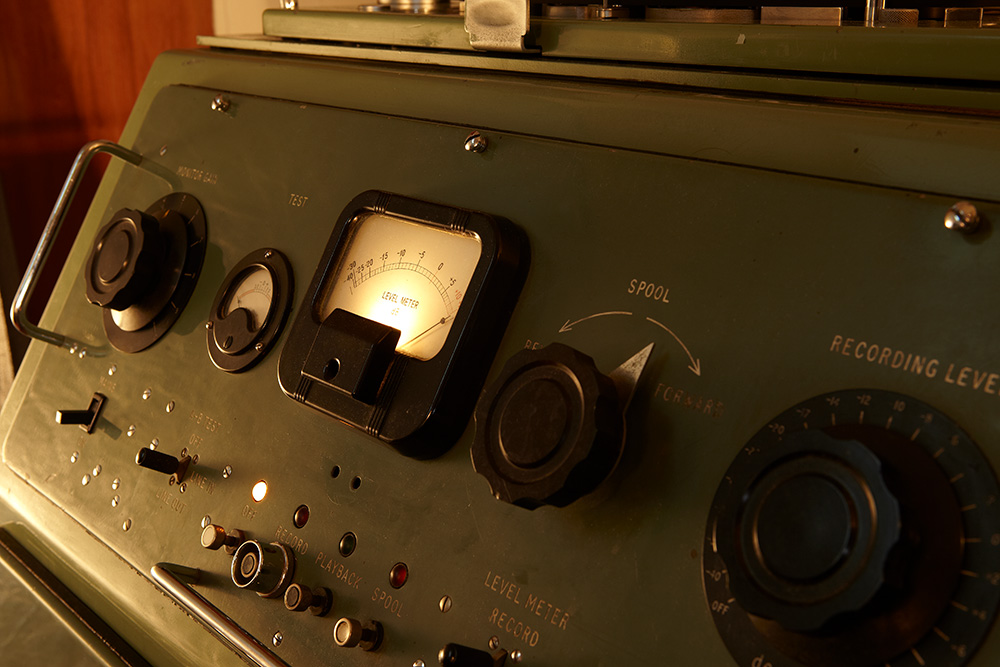